The History of Bootstrapping 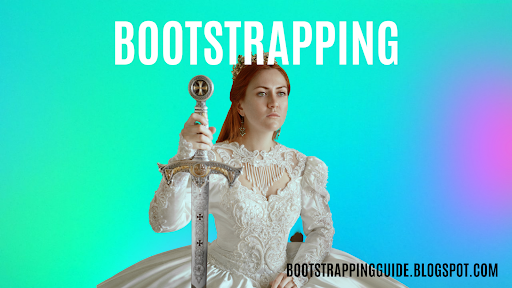 If you're wondering what bootstrapping is: What is Bootstrapping? you can read it.

It all started in the 19th century. People started to use different words to describe the situation they were in. There were pirates in the 19th century. In the same period, new steps were taken in science, especially in medicine. These steps shook some solid walls. In the same period, slavery continued, but compared to previous years, slavery began to decrease. In 1860, civil war broke out in the United States. It was very active at that time.

In that chaos, people produced a new sentence.

"Pull up with one's own bootstrap."

This word is used for things that are impossible. Impossible.

For example, You cannot start a company alone!

This sentence, which is used in a bad way, broke itself in the following years. Because people started to do things that were said to be impossible on their own.

Today, as humanity, we use this term to start and grow a venture alone.

I created bootstrapping guide for beginners. Check out the details about the guide. Or buy now.

I created bootstrapping guide for beginners. I update the guide for life! Pay once and own a lifetime updated guide!
Check out the details about the guide
Or
Buy now 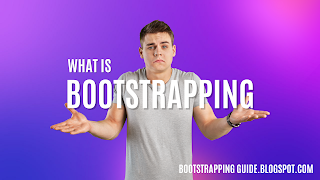 Bootstrapping means that an entrepreneur funds himself with his own means. This way, since you don't have to give shares to anyone in exchange for capital, you will have full decision-making power over your venture, while you will not have the opportunity to share the risk with an investor. Bootstrapping is a model where you can start with little resources and do a lot of work. People start with the money in their own pockets and earn money from the products they make and spend them to expand their business. Do not forget to read the " Advantages and Disadvantages of Bootstrapping " article! I created bootstrapping guide for beginners.  Check out the details about the guide.  Or  buy now. 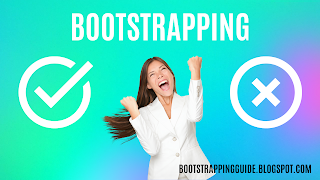 Advantages and Disadvantages of Bootstrapping

If you want to do bootstrapping, you must first accept the advantages and disadvantages. Because not everything is innocent. No pain, no gain. Well, if you say what is Bootstrapping: What is Bootstrapping? You can read my post. Bootstrapping Advantages 1. Lower Costs Bootstrapping is cheap. Products can even be developed for free. Marketing can even be done for free. You don't need a lot of money to set up a Bootstrap startup. 2. Freedom You don't have to deal with any investors. You don't need to take on big responsibilities. You make all the rules. 3. Leading an Active Life You can fulfill a dream like traveling the world. BUT. In traditional jobs, you go to work from home during the day. Because your job is fixed, you can't go wherever you want whenever you want. The permits you get from work are limited and it is difficult to visit very long distances during the leave period.  Bootstrapping Disadvantages 1. Budget Problem Your budget is limited. This can cause diff